This Election Season, Let’s Take a Look at the Job of Someone More Powerful than the Prime Minister! 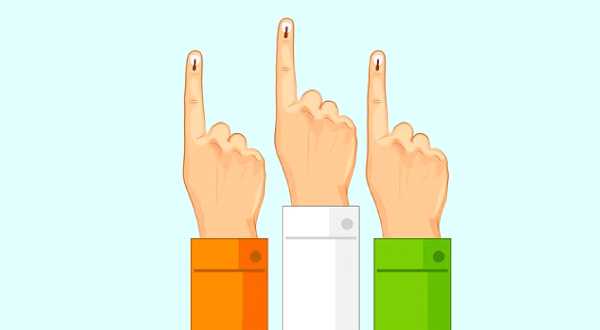 Our Career Options Page gives you widespread information on how to pursue a career of your choice in any industry you wish to enter like sports, journalism, social media, architecture and so on. We now bring to you a career most powerful every election season in India.

With the Lok Sabha Elections 2019 taking center stage, politicians across the country including Prime Minister Narendra Modi, are in a race to ensure their stronghold continues.

India is undergoing seven-phase election process which will conclude on May 19. Results will be announced on May 23.

As India is already into election mode, there is one body, which gains ‘supreme’ power, more than what the Prime Minister, now just a candidate during elections, has during the election period. The Election Commission of India — a constitutional body — entrusted with the responsibility of administering the elections, ensures smooth and complete transparency during the process.

What is the Election Commission of India?

What are the main functions of the Election Commission of India?

How to join the Election Commission of India?

From the 26 services that the IAS has to offer, only three mater — IAS, IPS (Indian Police Service) and IFS (Indian Foreign Service). So, you have to be either a senior or reputed IAS/IPS/IFS officer with a very good track record.

Being a civil servant i.e. becoming an IAS/IPS/IFS officer is no mean task.

How much does an Election Commissioner earn?

An article in January lat year in ‘The Hindu’ newspaper stated that the three commissioners, including the Chief Election Commissioner, are entitled to a salary which is "equal to the salary of a judge of the Supreme Court", according to the provisions of a law governing their conditions of service. Like Supreme Court judges and chief justices of the high courts, the Election Commissioners will also get a monthly pay packet of Rs 2.50 lakh. That’s Rs. 30 lakh per annum. Too much to handle?

We hope we’ve broadened your horizons a little bit or may be even improved your General Knowledge to some extent. India needs honest Election Commissioners. As you read above, they are in control of the fate of the government for the next five years. So, as they go about doing their business dutifully, you as a citizen, need to exercise your vote dutifully as well (only if you’re above 18). Go ahead, caste your vote! And if you’re keen to get into the EC, we hope we’ve made the process more EASY!