How To Become A News Anchor 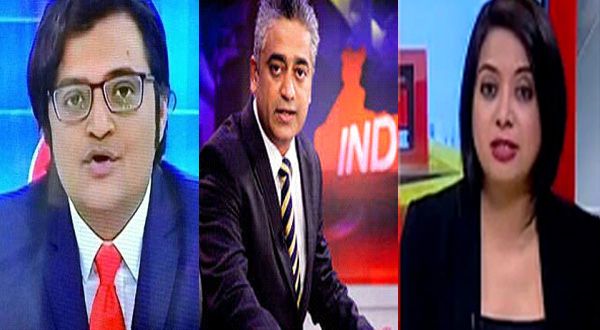 If you are able to recall any prominent news anchors today — the likes of Barkha Dutt, Nidhi Razdan, Rajdeep Sardesai, Faye D'Souza, Rahul Kanwal or even the highly controversial Arnab Goswami, then, they perhaps have done something right on air or maybe, even wrong, for them to be etched in your memory.

What Does A News Anchor Do?
News anchoring may come across as a really simply profession, it looks like a common journalist reading text from a teleprompter. But it is not limited to just that.
Primetime news anchoring, which is normally at 9 pm demands the anchor to ensure Televisions Rating Points (TRPs) are sky-rocketing constantly.
Anchors are the mediators between the channel and the audience. They are not only mere presenters, but are required to have updated knowledge about the world around them.

What is The Scope & Salary?
Anchoring has emerged as a popular career option in the country with the entry of satellite channels.
An established news anchor today, with around five years of experience at a well-known national television station, can easily earn between 8-10 lakh INR per annum.

To reach this level is a painstaking task. It is mandatory that you have to be an extrovert and are fearless to face the camera at any given point of time. An anchor has to have a good command over the language. A good sense of humour can be a great add on.

How Do I Get There?
Academically, a Masters degree with a Specialisation in Broadcast Journalism should be enough to ensure your credentials, but while pursing your degree, it is paramount that you have an internship at a well-established TV station to back you up as well.

The main motive of a news anchor should be to ensure the smooth functioning of the show and one devoid of any howlers.
If you're able to sustain the constant pressure of performing under immense stress, then you've rolled out the red carpet that not only King Khan can walk on!