DEVELOP THE HABIT OF PERSISTENCE TO MAKE IT BIG IN LIFE 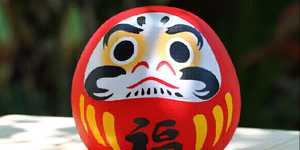 Most people know me as a bestselling author of historical and mythological fiction. What most people don't know is that after I wrote my first book, I was rejected 47 times by literary agents and publishers. It was the 48th publisher who finally accepted my work. But what if I had given up after 10, 15 or 20 rejections? What if I had given up after the 47th? Would the rest of my publishing story have played out?

Thomas Edison, the inventor of the electric light bulb, is known to have said, 'I have not failed. I have just found ten thousand ways that won't work.' Most of us spend our lives getting educated and trained but the one thing that we so desperately need in life—persistence—is usually missing. Frankly speaking, without it, every other quality becomes almost meaningless. Edison rightly observed, 'Many of life's failures are people who did not realize how close they were to success when they gave up. The most certain way to succeed is always to try just one more time.'

My point is this: success seems to be largely a matter of hanging on after others have let go.

I have always maintained that the bestselling writers of our times are not necessarily the best writers. They are simply the ones who were obstinate enough to continue trying while other writers—probably much more talented—gave up. Ralph Waldo Emerson, the American essayist, wrote, 'Our greatest glory is not in never failing, but in rising up every time we fail.'

The Japanese believe in a good luck totem: the Daruma Doll. Legend has it that a monk by the name of Daruma sat in meditation for so long that his limbs eventually vanished. Thus the Daruma Doll is egg-shaped and bears a rather heavy and rounded bottom. What is the remarkable feature about the Daruma Doll? When you knock it down, it manages to stand up again. It doesn't matter how hard you knock it, or how many times you knock it, it somehow always manages to rise again. My single piece of advice to you is this: make the Daruma Doll your role model and everything else will follow. 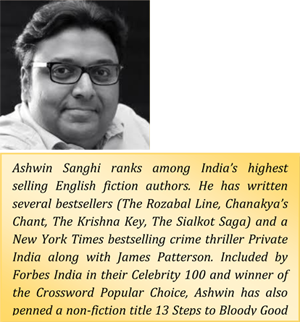