Picture it, Capture it! 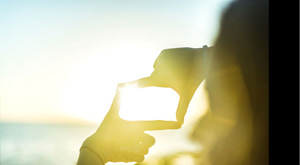 You can get what you want from life, if you can picture yourself getting it

If you want a Mercedes-Benz, and can hold a picture of you driving in that car and even seeing it parked in your garage, then there is a very real possibility of you getting it, depending on how vivid you made the picture in your mind.

In the mid-1950s, a flamboyant but unknown American pianist named Liberace had dreams of performing in front of a big crowd at the famous Hollywood Bowl.

So, he gathered some money, rented the Hollywood Bowl on an off night, showed up wearing a tuxedo and played a full concert on a grand piano to absolutely no audience at all.

As he played, he imagined the audience he would have one day. He imagined the clapping, the applause and painted a distinct picture in his mind of it happening.

Then he kept that dream alive until, four years later to the very night, Liberace performed at the Hollywood Bowl before a capacity crowd.

Hold a picture of yourself long enough in your mind's eye and you will be drawn towards it.

Picture yourself vividly as defeated and you will be defeated.

Picture yourself vividly as winning and that alone will contribute to success.